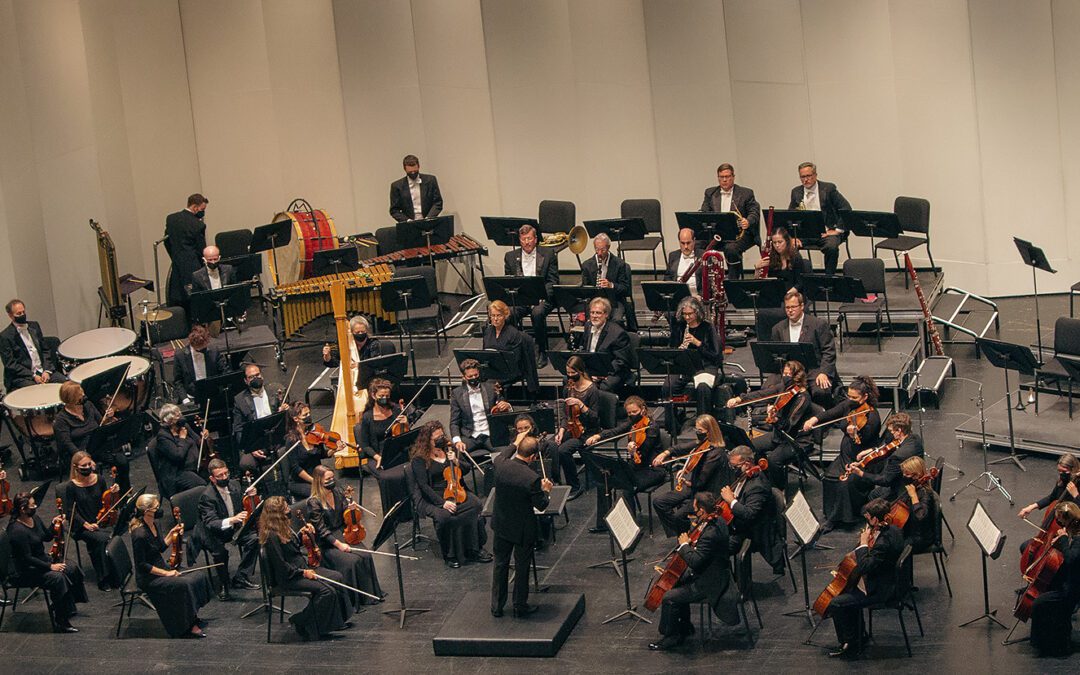 Fort Myers, FL – The Southwest Florida Symphony, Lee County’s only professional orchestra and the fourth oldest in the state, announces its greatly anticipated 2022-2023 season lineup of performances. The Symphony’s 62nd season features a new, yet locally beloved Music Director on the podium, one of classical music’s most celebrated violinists and innovative music by diverse and groundbreaking composers.

The Symphony softly opens its season in October with a TinyConcert – MiniMasterworks, featuring the orchestra’s exceptional professional musicians who will perform the Mendelssohn Octet and Mozart String Quartet No. 19. The Masterworks Classical Concert Series features world renowned guest violinist, Gil Shaham, the return of Sphinx Competition winner, cellist, Thomas Mesa and partnerships with Opera Naples and Naples based Grand Piano Series. The Pops Series has evolved into Brave New Pops; innovative programming where the orchestra co-stars in groundbreaking performances of fusion concerts, multimedia presentations and orchestral arrangements of contemporary rock & roll. This year’s Brave New Pops features the long-awaited music of Elton John in Remember When Rock Was Young, the Ocala Symphony’s Music Director Matt Wardell with his program, Heroes: Bowie & Glass, featuring his fusion of David Bowie and classical composer Phillip Glass, and the return of local favorite, Steve Hackman with his Bohemian Rhapsody in Blue fusion. We’re also excited to present a new Christmas tradition with a Holiday Pops program that’s been uniquely created for the Southwest Florida Symphony by a regular visitor to the Symphony stage; an audience and orchestra favorite alike, Maestro Andrew Lipke, who has curated the SWFLSO Christmas Show!, which will appear at three locations between Lee and Charlotte Counties.

Further details on the Symphony’s 62nd season are available by calling (239) 418-1500 or online at WWW.SWFLSO.ORG. Season subscriptions and single tickets to some individual concerts are currently on sale.

Remember When Rock Was Young: The Elton John Tribute

Bowie And Glass: A Symphonic Tribute

A Night At The Opera returns with various popular arias.

Radu completed his Master of Music degree in orchestral conducting at the New England Conservatory of Music, where he studied with Hugh Wolff. While in Boston, Radu was also conductor apprentice with the Handel and Haydn Society. In the summer of 2017, Radu was appointed assistant conductor of the National Repertory Orchestra in Colorado, as well as conducting fellow for the Cabrillo Festival Workshop in California. Radu participated in the prestigious American Academy of Conducting at the Aspen Music Festival and School as the recipient of both the Albert Tipton Aspen Fellowship and the David A. Karetsky Memorial Fellowship. In Aspen, Radu furthered his studies under the guidance of Robert Spano, Larry Rachleff, Leonard Slatkin, Patrick Summers and Federico Cortese.

Radu began his musical studies on the violin at age 7, studying privately with Carmen Runceanu and Ștefan Gheorghiu. After coming to the United States at the invitation of the Perlman Music Program, Radu completed two degrees in violin performance under the guidance of Robert Lipsett at the Colburn Conservatory in Los Angeles. As a soloist and chamber musician, Radu has appeared in festivals throughout Europe and North America, collaborating with artists such as Itzhak Perlman, Clive Greensmith, Martin Beaver, Merry Peckham and Vivian Hornik Weilerstein.

More information about Maestro Paponiu may be found HERE.

About the Southwest Florida Symphony

The Southwest Florida Symphony made its debut as a community orchestra on April 15, 1961, playing in schools and community centers, with a roster of only 24 volunteer musicians. Today, the symphony boasts a roster of 70 world-class musicians, and is Lee County’s only fully professional orchestra. The Southwest Florida Symphony’s 62nd year continues the orchestra’s tradition of artistic excellence as newly appointed Music Director, Maestro Radu Paponiu, leads his inaugural season of spectacular performances. Maestro Paponiu, the sixth music director in the organization’s history, also serves as the Associate Conductor and Youth Orchestra Director for the Naples Philharmonic in addition to guest conducting with orchestras throughout the United States and Europe.

More information about the Southwest Florida Symphony may be found HERE.